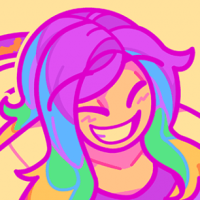 Passion and the Prince
Artist: Kaoru Shinozaki
Author: Penny Jordan
Publisher: Harlequin
Synopsis: After doing a favor for her brother, Lily Wrightington meets a man who takes an instant dislike to her, due to his own misunderstandings. Even so, Prince Marco di Lucchesi can’t help but be attracted to her. But once she finished helping her brother, Lily hoped she would no longer have to deal with Prince Marco, and she never thought she’d see him again so soon. Due to her work, Lily has to be shown around Italy by Prince Marco. All seems to go well but soon Lily’s past comes back to haunt her. Again, Marco steps in to save the helpless woman. The more time he spends with her, the more he sees how much he misunderstood her. Marco has his own past to deal with, which is what made him so aloof. But after being with Lily, he starts to be able to let the past go. Will he be able to fully move on and accept his feelings for Lily?
Ebook Available: kindle, nook, Renta!, kobo, eManga, comiXology

A curated community board for animators, illustrators, comic creators, and writers